The UPC and the Unitary Patent 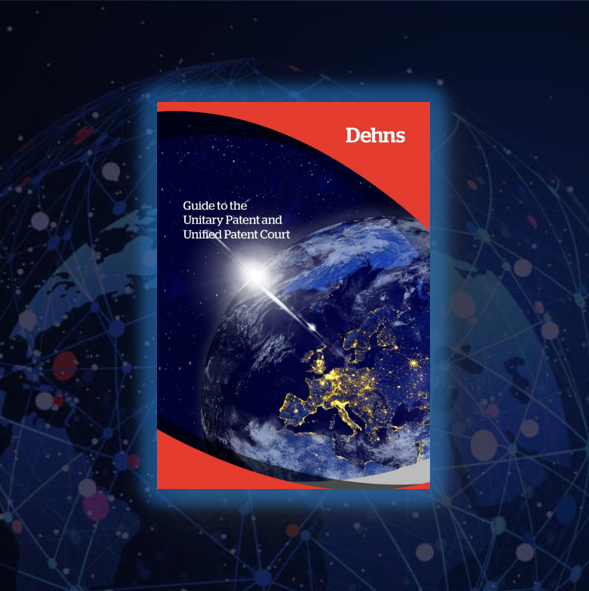 The biggest change to the European patent system in more than 40 years is about to take place: the introduction of the Unitary Patent and the Unified Patent Court.

If you have existing European patents and applications, or are considering applying for a European patent, you will need to understand the implications of this new system. There are also decisions and actions you need to take before the Unitary Patent and Unified Patent Court come into force.

After a long and complicated gestation, the Unified Patent Court (UPC) is now expected to open for business on 1 June 2023. At the same time, a new Unitary Patent (UP) covering most of the European Union member states will become available. This represents the most significant change to obtaining and enforcing patents in Europe since the European Patent Office (EPO) opened back in 1977.

Here we examine the background and key points, including what applicants and patent owners should be thinking about now in order to prepare for these changes.

It is already possible to obtain a single registered trade mark or registered design which covers the whole of the European Union (EU), and the EU has been working on providing an equivalent system for patents for over 10 years.  It will soon be possible to obtain a Unitary Patent (UP) as a single patent right covering the majority of EU countries.

Please note that these changes do not affect the current process for applying for, and obtaining grant of, European patents at the European Patent Office (EPO).

Unitary Patents will be registered by the EPO following grant of a European patent. Whether or not you may wish to obtain grant of a UP will depend on a number of factors; for further details on these factors, please see here.

A UP can be obtained based on any European patent that grants on or after the date on which the Unified Patent Court (UPC) (see section below) opens for business.

Protection in non-EU countries, including UK, Switzerland, Norway and Turkey, will continue to be available via national validation of a granted European patent.

Protection in individual EU countries, including Croatia, Spain and Poland, will also continue to be available via national validation of a granted European patent.

Renewal fees for UPs will be payable at the EPO.

An EPO opposition can still be filed within nine (9) months of grant of a European patent for which a request for unitary effect has been filed.

The UPC will have exclusive jurisdiction in litigation involving UPs.  Judgments will be enforceable in all EU countries signed up to the UPC Agreement.

The UPC will also have jurisdiction over “classical” European patents which have already granted and which are validated in at least one EU country which has signed up to the UPC Agreement.

The UPC will also have jurisdiction over “classical” European patents which are granted in future for which a request for unitary effect is not filed if they are validated nationally in at least one EU country which has signed up to the UPC Agreement.

There is a transitional period of at least seven (7) years in which a patentee may “opt out” a granted European patent from the court’s jurisdiction.  Opting out will mean that an European patent will not be vulnerable to central revocation by the UPC but will deprive a patentee of the possibility of central enforcement of the patent in all EU countries signed up to the UPC Agreement. Opting out is possible for “classical” European patents validated nationally in at least one EU country that has signed up to the UPC Agreement. It is not possible to opt out a unitary patent, as the UPC has exclusive jurisdiction for UPs.

Opting out from UPC jurisdiction

An “opt-out” must be filed with the Registry of the UPC (not at the EPO).  There is no official fee for requesting an opt-out.

Only the current owner(s) of the European patent (or their authorised representative) can file an opt-out.

The opt-out must apply for all EPC states and is possible for “classical” European patents validated nationally in at least one EU country that has signed up to the UPC Agreement. It is not possible to opt out a unitary patent, as the UPC has exclusive jurisdiction for UPs.

An opt-out can be withdrawn once, i.e. an opted-out patent can be opted back into the jurisdiction of the UPC once only and there is no official fee for doing so.

Whether or not to opt out should be considered on a case by case basis but in general, if cost reduction and possibility of pan-EU enforcement outweighs the risk of central revocation, it may make sense not to opt out whereas if the risk of central revocation outweighs the benefits of cost reduction and pan-EU enforcement, it may make sense to opt out.

More information regarding opting-out may be found here.

When will it start?

It is expected that the UPC will open, and UPs will become available, on 1 June 2023. From 1 January 2023 it has been possible to file an early request for unitary effect at the EPO for pending EP applications. From 1 January, it has also been possible to officially request that the EPO delay grant of a European patent application until the UPC opens.

What should you be doing to prepare for the UPC and UP?

For granted European patents validated in at least one EU member state:

How Dehns can help

Dehns will be able to obtain UPs and act on your behalf before the UPC.

Dehns can also guide you through the considerations and implications of whether or not to opt out any granted or pending European patents, in addition to advising on any other matters you may want to consider during the sunrise period.

If you require more detailed advice, or have any questions, please contact us at mail@dehns.com.

Senior Associate View profile
Get in
touch
+44 (0)20 7632 7200 mail@dehns.com
We use cookies on our website to give you the most relevant experience by remembering your preferences and repeat visits. By clicking “Accept All”, you consent to the use of ALL the cookies. However, you may visit "Cookie Settings" to provide a controlled consent.
Cookie SettingsAccept All
Manage consent