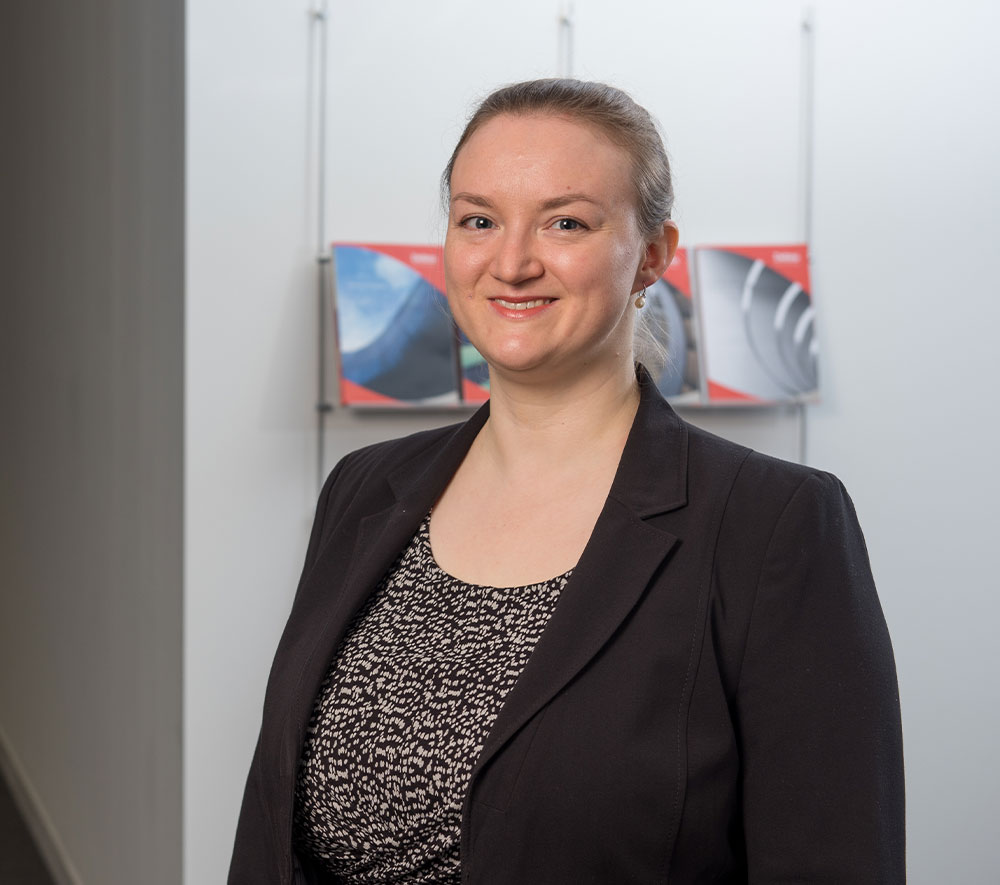 Suzannah is a Technical Assistant in the Engineering Group.

She graduated from the University of Oxford in 2006 with a first-class Master of Physics degree. She remained at Oxford, where she was awarded a doctorate in the field of terahertz spectroscopy. Suzannah joined Dehns in 2011 and handles patent work in a range of physics and engineering fields. She qualified as a Chartered Patent Attorney in 2019.

Suzannah acts for clients of various sizes, from start-ups, university spin-outs and SMEs through to multinational corporations. Her work includes drafting new patent applications, handling prosecution of patent applications worldwide, and preparing opinions on IP matters such as patentability of inventions and freedom-to-operate.

Suzannah’s graduate study broadly encompassed aspects of solid state physics and photonics, and in particular was concerned with spectroscopic analysis and opto-electronics. Her research focused on the analysis of terahertz data for studying the behaviour of electrons in thin-film semiconductor materials. During her undergraduate degree she specialised in lasers, optics, quantum information processing and theoretical physics.

engineering
Back to all people
Get in
touch
+44 (0)20 7632 7200 mail@dehns.com
We use cookies on our website to give you the most relevant experience by remembering your preferences and repeat visits. By clicking “Accept All”, you consent to the use of ALL the cookies. However, you may visit "Cookie Settings" to provide a controlled consent.
Cookie SettingsAccept All
Manage consent