Medicines can be patented in the same way as any chemical product, that is, by reference to the chemical name or structural formula.

As with all inventions, it is also important to capture variants and modifications of the new medicine in order to ensure that competitors cannot easily get around the patent.

New chemical entities are generally claimed by reference to a core structural formula and variants of that formula.

For example, consider a new lead compound which has the following structure: 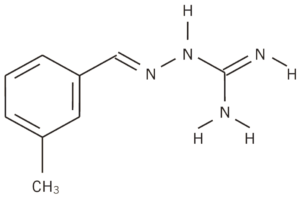 If the CH3 group can in fact be placed at any point around the phenyl ring and it does not have to be CH3, then it would be appropriate to claim the compound as follows:

A compound of Formula I:

wherein R1 is a C1-20 alkyl group or amino, or a pharmaceutically-acceptable salt thereof.

It should be noted that the above claim relates not only to the lead compound, but to a family of compounds in an attempt to claim all related compounds which have the same desired effect. If all such related compounds (e.g. variants, derivatives, salts, isomers, etc.) are not claimed, then it may be very easy for a competitor to get around the scope of any resulting patent.

The Examples of the patent application would need to demonstrate how the above class of compounds can be made. Furthermore, some data would need to be included to show that the claimed compounds have efficacy in the treatment of the disease for which the compounds are to be used (e.g. efficacy data on a selection of compounds which are representative of the family of claimed compounds; you do not have to test them all). In a patent application which claims a new medicament, it is common practice also to claim methods of treatment using the new medicament and possibly also processes of making the medicament. As long as all of these claims are based around the new medicament, then it is generally possible to include all such claims in a single patent application.

Get in
touch
+44 (0)20 7632 7200 mail@dehns.com
We use cookies on our website to give you the most relevant experience by remembering your preferences and repeat visits. By clicking “Accept All”, you consent to the use of ALL the cookies. However, you may visit "Cookie Settings" to provide a controlled consent.
Cookie SettingsAccept All
Manage consent