We are delighted to announce that Lauren Palmer won the “Best Patent Paralegal” Award at the National Paralegal Awards ceremony held in Birmingham on 22 September.

Lauren had been part of the Dehns team in our Oxford Office for three and a half years, working with a number of people including Adrian Samuels, now Dehns Managing Partner.  However not content to rest on her laurels, Lauren has now moved into Dehns’ Litigation Group as a trainee.

Of Lauren’s award Adrian commented: “I am thrilled that Lauren has been recognised in this way. I am very proud of her and her achievement.”

Key clients of the firm have also been highly complimentary of Lauren’s skills and attitude, and were willing to support Lauren’s nomination by providing glowing testimonials such as the examples below:

“All I can say is that Lauren is one of the most competent, communicative, detail-oriented paralegals that I’ve ever worked with. The volume of work that she deals with daily (still maintaining an accuracy that is mind-boggling) is tremendous and yet she always appears composed and approachable.”

– Patent Prosecution Assistant at a large US IP law firm

“I would like to recommend Lauren for the award because even though we work with strict and numerous deadlines she always manages to maintain a friendly and welcoming attitude in her communications and a cool head with urgent matters. She is an easily approachable person with excellent knowledge and understanding of intellectual property matters.”

Many congratulations to Lauren from everyone at Dehns! 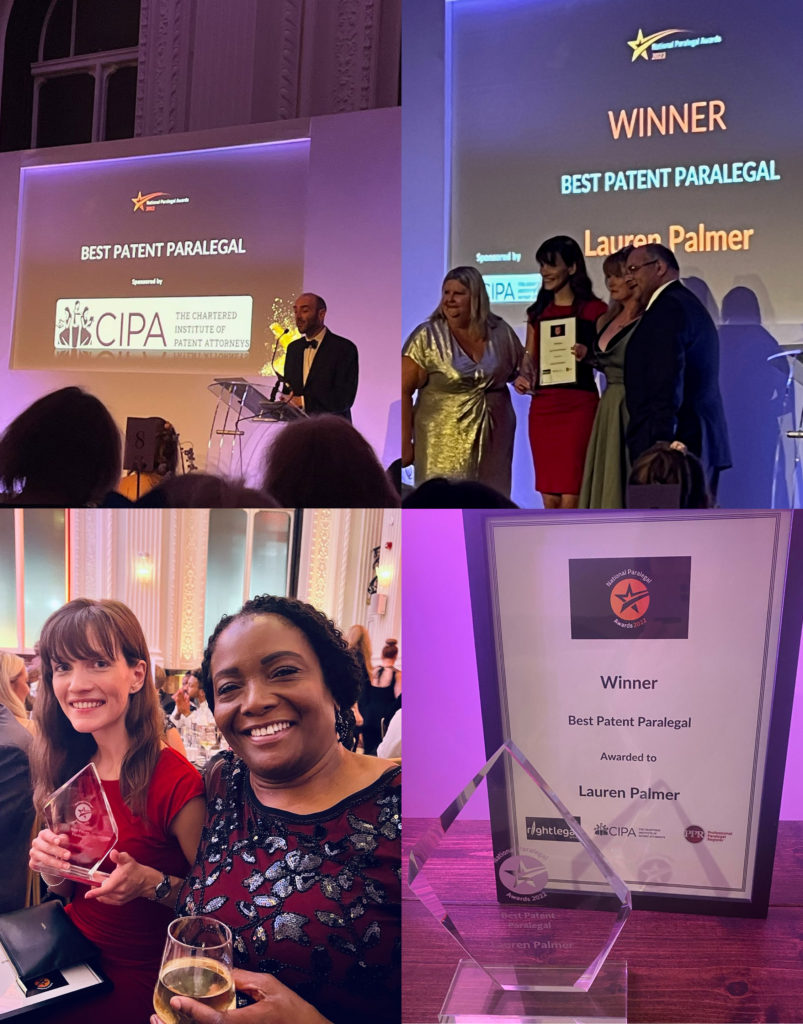 Patents
Get in
touch
+44 (0)20 7632 7200 mail@dehns.com
We use cookies on our website to give you the most relevant experience by remembering your preferences and repeat visits. By clicking “Accept All”, you consent to the use of ALL the cookies. However, you may visit "Cookie Settings" to provide a controlled consent.
Cookie SettingsAccept All
Manage consent